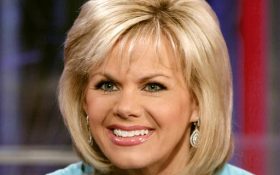 Former Fox News anchor Gretchen Carlson settled her sexual harassment lawsuit against Roger Ailes for a reported $20 million and a public apology Tuesday, ending the case that triggered the downfall of the cable channel’s chief executive.

Carlson alleged in a lawsuit filed two months ago that she was demoted and let go at Fox because she rejected Ailes’ sexual advances and complained about workplace harassment.

In a statement, Fox parent company 21st Century Fox said: “We regret and apologize for the fact that Gretchen was not treated with the respect and dignity that she and all of our colleagues deserve.”

Carlson was paid $20 million, according to a person familiar with the settlement who spoke on condition of anonymity because the terms were confidential. Ailes did not pay any of the settlement, said his lawyer, Susan Estrich.

Carlson said she is ready to move on to the next chapter in her life and promised to work to help women in the workplace. She thanked “all the brave women” who came forward to tell their own stories and others who supported her.

“All women deserve a dignified and respectful workplace,” she said.

Ailes, 76, denied Carlson’s allegations when the lawsuit was filed. He had no comment Tuesday.

Also Tuesday, Fox News announced the surprise departure of Greta Van Susteren from a nighttime lineup that has been one of the most successful and stable in cable news.

Van Susteren, who would have marked 15 years with the network in January, said on Facebook that Fox “has not felt like home to me for a few years.” She did not elaborate. She has been temporarily replaced by Brit Hume.

Van Susteren was among the Fox employees who came forward to speak on Ailes’ behalf after Carlson’s lawsuit. She later said she wasn’t trying to defend him, merely to say she hadn’t experienced harassment or knew anybody who had.

Carlson, a former Miss America, worked for several years on the “Fox & Friends” morning show, then was switched to a less-visible afternoon time slot in 2013. She was told in June that her contract would not be renewed.

Carlson alleged that Ailes told her in a meeting, “You and I should have had a sexual relationship a long time ago.” She said he ogled her, repeatedly commented about her legs and urged her to wear clothes that enhanced her figure.

New York magazine reported last week that Carlson began taking her iPhone into meetings with Ailes in 2014 and secretly recording their conversations.

Carlson’s case led 21st Century Fox to launch its own investigation, and other women came forward with stories of being sexually harassed by Ailes, including Fox News star Megyn Kelly. A few women told their stories publicly.

Two weeks after Carlson sued, Ailes was gone, reportedly with a $40 million payout. He is said to be informally advising Republican presidential candidate Donald Trump.

At least two other women who spoke to investigators have reached financial settlements with 21st Century Fox in return for a promise not to sue, according to the person familiar with the investigation.

Another former Fox personality, Andrea Tantaros, has filed a harassment lawsuit against the network. Fox is fighting that case and has described Tantaros as an “opportunist” in court papers.

Carl Tobias, a professor at the University of Richmond School of Law, said the Carlson case could have a significant effect on the workplace as a deterrent against harassment and would make employers take such complaints from employees more seriously.

Ailes was hired by Rupert Murdoch to create Fox News from scratch in 1996. He built it into a dominant news network and a force in Republican politics.