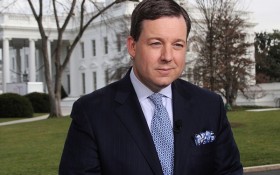 The magazine In Touch Weekly quotes a woman described as a hostess detailing her encounters with Henry, who is married. Henry is quoted in the magazine telling a reporter that “I don’t know anything about it” and was not commenting on Wednesday.

“We recently became aware of Ed’s personal issues and he’s taking some time off to work things out,” Fox said in a statement.