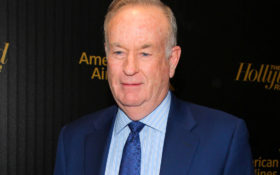 The news has many of his viewers very upset… but hopeful O’Reilly fans on social media have noted that there’s still a chance Fox News’ executives will listen to their concerns and refuse to bow to advertiser pressure.

According to The Journal, “Parent company 21st Century Fox, which will hold a board meeting Thursday, hasn’t finalized an exit agreement with Mr. O’Reilly.”

Previously, Fox had defended their star regarding the accusations leveled against him by The New York Times. The paper reported in early April that $13 million in lawsuit settlements over alleged acts of sexual harassment had been paid to O’Reilly’s accusers.

Since then, approximately 60 advertisers have pushed 21st Century Fox to get rid of O’Reilly by refusing to spend their money advertising on his show — and the pressure is mounting on the network’s executive team to act.

To his credit, O’Reilly has fiercely denied any wrongdoing.

Marc E. Kasowitz, O’Reilly’s lawyer, also warned that the attacks against his client were being conducted by liberal organizations.

“Bill O’Reilly has been subjected to a brutal campaign of character assassination that is unprecedented in post-McCarthyist America. This law firm has uncovered evidence that the smear campaign is being orchestrated by far-left organization bent on destroying O’Reilly for political and financial reasons,” Kasowitz said. “That evidence will be put forth shortly and is irrefutable.”

This wouldn’t be the first time a Fox News star’s job has been put into jeopardy after attacks by liberal organizations, critics note.

However, supporters of the embattled news host worry the evidence won’t come out fast enough to save his job.

The Horn reported Apr. 12th on the power struggle within Fox News executive board over O’Reilly’s future, which has since been confirmed by senior Fox News insiders. The timing of O’Reilly’s two-week vacation was no coincidence, insiders said, but was a way to help the embattled star “exit in a non-embarrassing way.”

According to The Wall Street Journal report, the tide has since shifted against O’Reilly.

And the fact that these reports on the Fox News star’s potential firing are now coming from WSJ holds unique credibility; both news organizations are owned by Rupert Murdoch.

On Thursday, the news network’s board is meeting to formally discuss O’Reilly’s future at Fox News.

That gives conservatives time to send a message.