Report: Bill O’Reilly has been FIRED!? - The Horn News 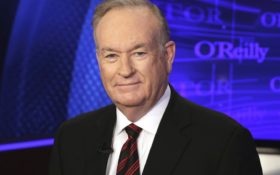 Is Bill O’Reilly’s latest vacation announcement a lie to cover-up that the popular Fox News host has been fired?

According to New York Magazine, there’s a power struggle within Fox News Channel’s executive board — and Tuesday’s broadcast may be O’Reilly’s last.

The timing of O’Reilly’s vacation lends weight to the rumor.

He is taking a vacation from “The O’Reilly Factor” amid sponsor defections — approximately 60 companies have announced they won’t advertise on his show and have pulled their commercials. Insiders say the timing is no accident.

Ailes was ultimately let go from the company — and senior Fox News staffers fear the same future for O’Reilly.

“It’s up to the [Murdoch] family,” one senior Fox News staffer told New York Magainze. Another said, “The assumption is that [O’Reilly will] exit in a non-embarrassing way.”

According to O’Reilly, however, there’s nothing to the rumors. He made a point of saying during his show that this break was planned and long in the works, and promised he will return April 24. I’m grabbing “some vacation, because it’s spring and Easter time. Last fall, I booked a trip that should be terrific,” O’Reilly said.

“If you can possibly take two good trips a year, it will refresh your life. We all need R&R. Put it to good use,” O’Reilly said.

The amount of advertising time by paying customers on “The O’Reilly Factor” has been cut by more than half since a nasty New York Times report last month, according to an analysis issued Tuesday by Kantar Media.

But O’Reilly, cable TV news’ most popular personality, hasn’t been abandoned by his audience. His show averaged 3.7 million viewers over five nights last week, up 12 percent from the 3.3 million he averaged the week before and up 28 percent compared to the same week in 2016.

“O’Reilly Factor” drew an average of just under 4 million viewers for the first three months of 2017, his biggest quarter ever in the show’s 20-year history.

Could the Fox News executive team have really fired him despite those numbers?