This town has gone to the dogs – literally! - The Horn News 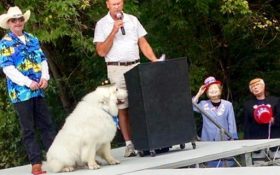 The four-legged mayor of a northwestern Minnesota village greets voters like a true politician. 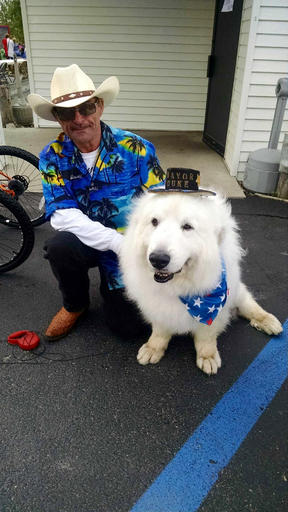 The big, shaggy white dog was overwhelmingly re-elected at the sixth annual Cormorant Daze Festival. Anyone could pay a dollar and cast a vote.

Cormorant resident Karen Nelson says Duke “greets everyone” who comes to the village of about 20 people nestled among lakes about 180 miles northwest of Minneapolis.

Nelson says the canine mayor also is popular with children. She says Duke “can have 10 kids on him, and he don’t care.”

Duke was first elected in a write-in vote in 2014.