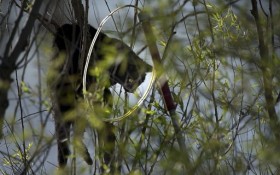 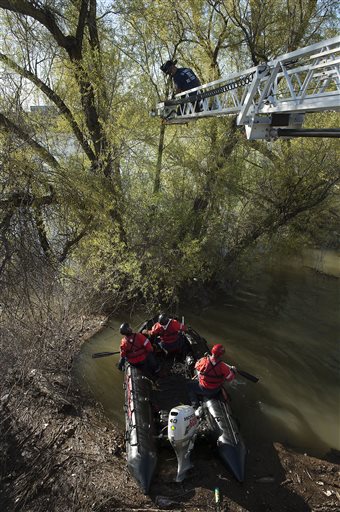 For cats, hell is high water.

And that hell became reality for two California felines on Tuesday, when high flood waters left them stranded in trees half-submerged in the Sacramento River.

The Front Street Animal Shelter created a ramp that would lead the cats to safety, but they refused to cross.

The animals were eventually saved when the Sacramento Fire Department organized a water rescue, using a small boat and ladder.

Both cats are safe and uninjured.