The herd thins! Fiorina and Christie call it quits - The Horn News 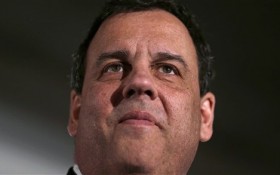 New Jersey Gov. Chris Christie dropped out of the race for the Republican nomination for president “without an ounce of regret” on Wednesday, a day after his disappointing sixth-place finish in New Hampshire’s primary.

“While running for president I tried to reinforce what I have always believed — that speaking your mind matters, that experience matters, that competence matters and that it will always matter in leading our nation,” Christie wrote on his Facebook page and in an email to supporters. “That message was heard by and stood for by a lot of people, but just not enough and that’s OK.”

Campaign spokeswoman Samantha Smith said Christie shared his decision with staff at his campaign headquarters in Morristown, New Jersey, late Wednesday afternoon, and also called donors and other supporters to give them the news.

At his New Hampshire watch party Tuesday night, Christie told supporters he was heading home to New Jersey to “take a deep breath” and decide what to do next. But he spoke of his campaign in the past tense at one point and cancelled a Wednesday event in next-to-vote South Carolina, suggesting the end was near.

Christie dropped out of the race the same day that Carly Fiorina announced on social media that she, too, was calling it quits. The former chief executive of Hewlett-Packard won just 4 percent of the vote in New Hampshire. Christie had 7 percent.

Carly Fiorina exited the race after winning praise for her debate prowess but struggling to build a winning coalition in a crowded GOP field.

“While I suspend my candidacy today, I will continue to travel this country and fight for those Americans who refuse to settle for the way things are and a status quo that no longer works for them,” Fiorina wrote in a Facebook statement.

“I will continue to serve in order to restore citizen government to this great nation so that together we may fulfill our potential,” the statement said.

Fiorina, 61, entered the tumultuous Republican primary in April. She promoted herself as an outsider with business experience and argued that as the lone woman in the GOP field she was best positioned to oppose likely Democratic nominee Hillary Clinton. After a standout performance in the first undercard debate, Fiorina rose to the mainstage and soared in the polls in the fall. But her momentum quickly stalled and by the end of the year she had dropped back down.