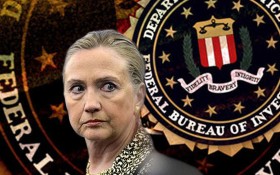 The federal investigation into former Secretary of State Hillary Clinton’s email server is beginning to heat up, and the FBI ix expected to pull Clinton and some of her top aides in for questioning “within weeks.”

That’s according to report by The New York Times, which cited sources close to the investigation.

Defense lawyers — and Clinton has an army of them — often decline requests for interviews from the FBI. But fear of a political backlash may force the Clinton campaign’s hand and obligate them to make Clinton available for questioning.

Should the reported investigative timeline play out as expected, it may have a huge impact on her 2016 presidential hopes. CNN has reported that sources familiar with the investigation say the questioning of Clinton and the investigation could wrap up in late-May, while Democratic primaries are still ongoing.

The Justice Department will then have to decide whether Clinton or any of her subordinates could face legal consequences for her use of a private email server, a decision whose timing is fraught with serious political repercussions.

The inspectors general at the State Department and the U.S. intelligence community are separately investigating whether rules or laws were broken.

The FBI for months has investigated whether sensitive information that flowed through Clinton’s email server was mishandled. The State Department has acknowledged that some emails included classified information, including at the top-secret level.

The Washington Post reported Wednesday that the Justice Department has granted immunity to the staffer who set up the server, Bryan Pagliano, so that he would be willing to speak with investigators. A person familiar with the matter, who spoke on condition of anonymity in order to discuss an ongoing investigation, confirmed to The Associated Press that Pagliano had been offered immunity “some time ago.” Pagliano had previously asserted his Fifth Amendment right against self-incrimination to refuse to answer questions from lawmakers investigating the server setup.