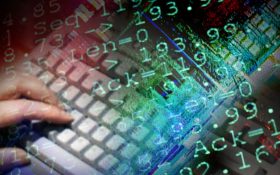 There’s been a lot of talk about liberal bias in the media — but it looks like the bias doesn’t end there.

Some of the largest tech companies in the world seem to be conspiring to make sure news from conservative sources never reaches your inbox.

Every day, increasingly more Americans are turning to the Internet as their primary source of news. Email news services in particular have grown rapidly in popularity.

But getting those emails delivered, especially for conservative news sources, is no small task.

For months, conservative readers have been complaining that top email service providers regularly send news from right-leaning sources to junk mail — or don’t deliver the emails at all.

The complaint has come up so often, our staff started asking: Are news services like The Horn News being silenced?

To test the idea, we ran a small experiment — and what we uncovered was shocking. 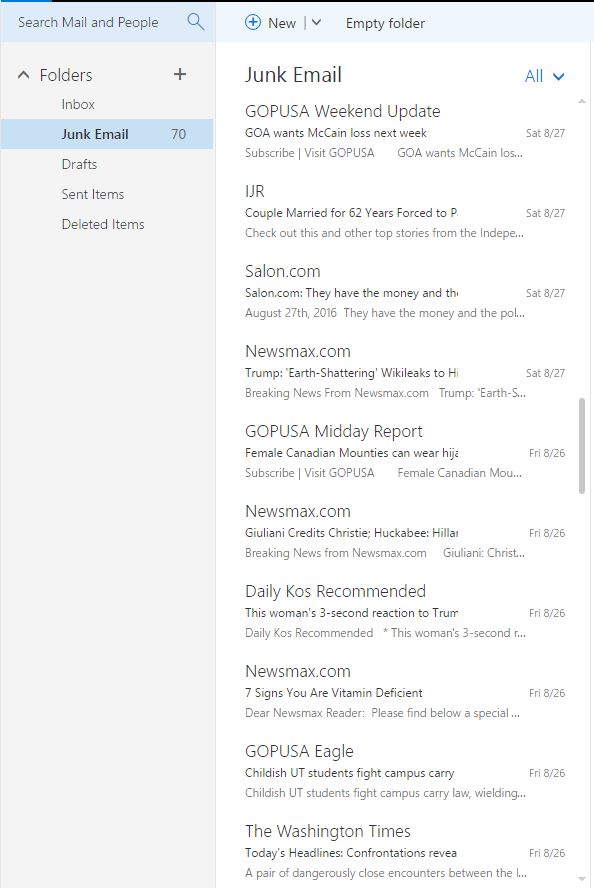 A screenshot of one email’s junk folder. Conservative sites are removed from inboxes at a 3-to-1 rate.

There appears to be a clear, unapologetic liberal bias among the top U.S. email providers. And it’s not just us. They’re aggressively filtering and burying conservative news across the board.

It’s a dangerous trend. According to a 2014 Gallup poll, over 70% of adults in the United States use email on a daily basis to communicate, and that number is climbing.

It appears that their email providers are aggressively favoring one side of the political aisle.

Our experiment was small, but the results seem definitive. The Horn News editorial team signed up five new email accounts at the largest free email providers – Gmail, Yahoo, AOL, Outlook and Mail.com. Then, we signed those email accounts up to receive 10 newsletters each, five liberal and five conservative.

These five biggest email providers were a whopping three times more likely to hide or filter conservative publications. And that is disgustingly unacceptable.

In a mere two weeks’ time, conservative emails were incorrectly labeled as Spam emails and improperly sent to the “Junk mail” folder over 57 times. Liberal emails were only flagged 19 times.

Outlook appears to be the most aggressive spam filterer, but they too favored liberal messages over conservative voices. Outlook junked conservative news at just over a 2-to-1 rate.

Gmail appears guilty on two levels – it not only exclusively (and wrongly) labeled conservative news as junk, those emails it DID let through were also more aggressively filtered into a secondary folder labeling them as promotional, rather than personal — meaning they will be viewed far less frequently by users.

This isn’t the first time the tech industry has been criticized for favoring liberal messages over conservative news.

The Horn News previously noted that Google has been linked to close ties and donations to Hillary Clinton’s presidential campaign.

And in May, Gizmodo reported that Facebook had “routinely suppressed news stories of interest to conservative readers.”

Want to fight for your inbox? Click here to see how.

There’s something you can do to stop your email from filtering our voice. It’s called ‘Whitelisting’. You can see how right here.