Egypt: Russia is lying about plane bombing - The Horn News 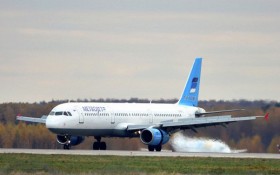 Egyptian authorities say their preliminary investigation into the crash of a Russian passenger plane has found no indication yet of any “illegal or terrorist act.”

The statement released today by Egypt’s chief investigator Ayman el-Muqadam directly contradicts multiple other investigation conclusions, as well as claims of responsibility by terrorists themselves.

There has long been speculation that Egypt is eager to play down any connection between terrorism and the Oct. 21 downing of the Airbus A321-200, which killed all 224 people on board.

Tourism in Egypt, which accounts for over 11 percent of the nation’s annual Gross Domestic Product (GDP), has reportedly taken a hit since the incident. The crash led Russia to suspend all flights to and from Egypt, dealing a heavy blow to Egypt’s tourism industry.

The vaguely worded statement by el-Muqadam said the investigation committee so far has not found “any evidence” indicating foul play. But Russia has said an explosive device had been placed onboard the plane and the Sinai branch of the Islamic State group has claimed responsibility.

El-Muqadam said the investigating committee completed its preliminary report Sunday evening, which contained all available information that will be further investigated.

He said the search for wreckage extended more than 16 kilometers (10 miles) from the main crash site and that the committee provided all parties that are part of the investigation, including the insurance company and Russian working teams, the chance to examine the wreckage.

The investigators analyzed the plane’s 38 computers and two engine computers and is currently checking the technical details of the plane and repairs carried out since it was manufactured in May 1997.

Kremlin spokesman Dmitry Peskov declined to comment directly on the Egyptian statement, but told reporters in a conference call, “I can remind you of the conclusion of our experts from the special services, who came to the conclusion that it was a terrorist action.”

Aside from a joint technical investigation into the crash by experts from Egypt, Russia, France and Ireland, the Egyptian authorities also opened an investigation into a possible security breach or infiltration by militants of the Sharm el-Sheikh airport staff, security officials have said.

That investigation has focused on baggage handlers, their security supervisors and also personnel involved in aircraft catering, according to the officials.