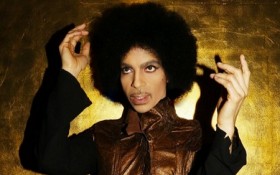 While the exact cause of death the pop superstar Prince will remain a mystery until the autopsy scheduled for Friday, multiple sources are wondering if it was related to a recent drug overdose.

Prince was treated for an overdose six days earlier when his private jet made an emergency landing in Moline Iowa, where multiple sources reported doctors gave him a “save shot” typical in cases of opiate overdoses, according to TMZ.

The singer’s death came two weeks after he canceled concerts in Atlanta because he wasn’t feeling well. He performed April 14 in Atlanta, apologizing to the crowd shortly after coming on stage.

While talking to the crowd between songs, he joked about having been “under the weather,” giving a slight smile. His voice seemed a bit weak at times when he spoke, but he sounded fine when singing during the 80-minute show, which featured “Nothing Compares 2 U” and his finale, “Baby, I’m A Star.”

He sat at his piano for most of the show, but stood up at times to pound the keys and walked around the piano a couple of times, soaking up cheers.

Following news reports that he had fallen ill while returning from Atlanta to Minneapolis, Prince hosted a dance party on April 16 at his Paisley Park compound in Minnesota.

Jeremiah Freed, who runs the website drfunkenberry.com and who got to know Prince after writing about him over the years, said he last saw Prince at the dance party. Freed said he believed Prince held the party to show everyone he was fine.

Freed said Prince made a brief appearance but that he didn’t have one-on-one time with the musician that night. Freed said the artist showed off a new purple piano he had received as a gift, as well as a purple guitar, but seemed upset about the reports of an illness.

“When he had to talk about the stories going on, he didn’t seem too pleased. It was kind of like, ‘I’m here. I’m good,'” Freed said, adding that Prince told the crowd: “Just wait a few days before saying your prayers.”

Lars Larson, a 37-year-old Minneapolis man who worked security for Prince and at Paisley Park events for about six years, said he attended the same party. Larson said the singer briefly appeared on stage and spoke to the crowd before standing by the sound board for 20 minutes then disappearing for the night.

“He seemed great. He looked like Prince,” he said. “The whole point of the show on Saturday was to show he was doing all right.”

Prince’s body was found unresponsive by sheriff’s deputies in an elevator at his suburban Minneapolis compound Thursday morning. Medical personnel performed CPR, but couldn’t revive the 57-year-old Prince, who was pronounced dead at 10:07 a.m.