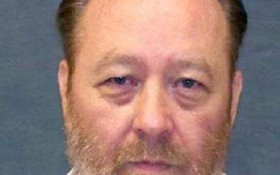 An imprisoned convicted kidnapper has led Texas authorities for the second time in two months to human remains that could be linked to the disappearance of a young woman two decades ago.

They found the remains with the help of William Reece, a 56-year-old man already serving a 60-year sentence for kidnapping one woman. Identification is also pending on remains authorities found last month with Reece’s help in the search for 17-year-old Jessica Cain, also missing since 1997.

Police in Denton, Texas, investigating Cox’s disappearance said in a statement Tuesday that Reece led investigators to the site where her remains were found.

Officers “cannot say definitively that the remains recovered are Kelli Cox; however, we are hopeful that they are,” the statement said.

Reece has been temporarily released from state prison into local custody to help with the search. He directed investigators in person to the sites where they found both sets of remains.

Reece hasn’t been charged in the disappearances of Cain or Cox, his attorney, Anthony Osso, said on Tuesday. Reece does face first-degree murder and kidnapping charges in Oklahoma for the slaying of 19-year-old Tiffany Johnston, who was abducted from a car wash northwest of Oklahoma City in 1997.

He was also previously named the prime suspect in the April 1997 abduction and killing of a 12-year-old girl in Friendswood near Houston but has not been charged.

Reece was sent to prison the next year for the May 1997 Houston-area abduction of Sandra Sapaugh, who told authorities Reece forced her at knifepoint into his truck after first feigning to help her with a flat tire. Sapaugh escaped after jumping from the truck.

Whether Reece has any information on other cases is unclear. Osso said authorities in other parts of Texas or elsewhere with similar cold cases might speak to Reece in the near future.

Asked why Reece decided to help authorities, Osso said his client realized he already faced decades more in prison and had a serious heart condition.

“He wants closure for the families involved,” Osso said. “I think he’s at peace with the fact that he’s going to remain in prison, probably die in prison.”

Cox’s mother, Jan Bynum, told The Dallas Morning News that she was hopeful about the latest discovery of remains.

“I’m feeling like maybe we’ll finally get answers, and I can finally know where my baby is,” Bynum said.