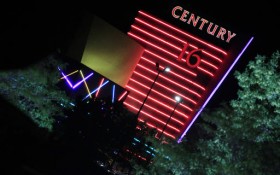 Movie theaters across the U.S. could be forced to adopt costly security measures — and ticket prices could rise significantly — if a jury finds a Colorado theater at fault in the 2012 shooting rampage that left 12 people dead, industry experts say.

The trial — unfolding in the same courtroom where gunman James Holmes was convicted and sentenced to life in prison less than nine months ago — asks jurors to decide whether, in an age of mass shootings, Cinemark, the nation’s third-largest chain with 338 theaters in 41 states, should have foreseen the possibility of violence.

Survivors and the families of the dead are suing for unspecified damages because the Century 16 theater in Aurora had no armed guards during the packed midnight premiere of a Batman film, no security cameras behind the theater where Holmes suited up, and no alarm that would have sounded when he slipped through an exit he had propped open and started shooting.

Cinemark’s attorneys argue that the armor-clad Holmes was so determined to kill that no security measures could have stopped him, and that mass shootings are still so rare that managers could not have known the risk.

The chain’s precautions were “in line with industry standard and custom,” attorney Kevin Taylor said during opening statements Tuesday.

Ticket prices, which averaged more than $8 nationally last year, could go up $2 to $3 if a verdict against Cinemark forces theaters to add metal detectors and hire guards, said Tom DeLuca, president and owner of National Cinema Security. It provides security to theaters across the U.S., including some of the biggest chains, such as AMC.

Four years after the massacre, there are no strict standards for security at the movies, in part because setting guidelines would increase theater owners’ liability if violence were to erupt, Levinson said.

As a result, the landscape looks pretty much as it did before the attack, with companies making case-by-case decisions about what precautions to take. The Century 16 theater, for example, had guards on duty Fridays and Saturdays, but the Batman premiere fell late on a Thursday night.

Another major chain, Regal Entertainment Group, began to inspect moviegoers’ bags last August, after a man with a pellet gun, hatchet and pepper spray attacked people at a mostly empty theater in Antioch, Tennessee. That came two weeks after a gunman killed two people, wounded nine and took his own life during a screening of “Trainwreck” in Lafayette, Louisiana.

Yet other theater owners “keep their fingers crossed and hope that it doesn’t happen to them,” Levinson said.

That could change if Cinemark is found to be at fault.

“They might be forced along with other theater owners to have a much more comprehensive security program for every location, because they might not get insurance to do business,” DeLuca said.

The National Association of Theatre Owners did not return calls seeking comment. Theater chains have often refused to talk about security.

Some experts say the use of walk-through or handheld metal detectors could drive some moviegoers away.

“By doing that, you’re turning a theater into an airport,” said David Katz, who runs Global Security Group, another security firm that consults with movie theaters. “Is the public ready for that? I don’t think so.”

But as mass shootings begin to feel routine, “people feel businesses need to do more and be more proactive in preventing something like this from happening,” said Atlanta attorney Mike Gorby, who persuaded a judge to dismiss a lawsuit against a day-trading investment firm where an employee killed nine people in 1999.

If Cinemark loses, he said, “it will really send a resounding echo through the whole industry.”