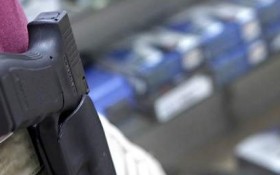 The University of Texas System’s regents on Thursday postponed until July a vote on proposed rules allowing concealed handguns in campus classrooms and buildings due to concerns that some might be too restrictive.

Regents said they needed more time to consider proposals at the flagship campus in Austin that allow teachers to ban weapons from their offices, and prohibit keeping a bullet in the chamber of a semi-automatic weapon.

Gun-rights groups have criticized both proposed rules as impractical and dangerous, and the board signaled they could be changed at the July meeting.

UT-Austin teachers have said they should able to ban weapons from their offices, where they often meet with students to discuss grades and academic progress. The ammunition provision was included to prevent accidental discharge of a weapon.

State law will require public universities to allow concealed handgun license holders to bring their weapons into campus buildings and classrooms starting Aug. 1. Private colleges and universities have the option of allowing guns, but none do.

Most of the proposed rules are on track to take effect without change. And the two in question would take effect if the board doesn’t change them at its next meeting.

Greg Fenves, the president of the Austin campus, said he would stand behind the original recommendations, which came after months of deliberations with faculty, staff and students.

“The process was very deliberative. We had tremendous input,” he said.

The regents are considering rules for all 14 campuses in the University of Texas System, as state law requires each to develop its own rules. The rules proposed for Austin campus have drawn the most attention, with organized protests from anti-gun groups, students, faculty and staff. One prominent dean took a job in another state because he said he couldn’t support guns on campus.

The gun rights group Students for Concealed Carry has called the campus-carry law an important Second Amendment and self-defense measure. It has sharply criticized the Austin campus’ proposed ammunition rule as a dangerous barrier to self-defense in case of a campus shooter.

“We’re going to side with safety, rather than going with tactical advantage,” Fenves said.