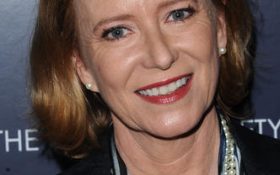 Jan may have always played second fiddle to older sister Marcia on “The Brady Bunch,” but she may be tops when it comes to real estate investing.

The Times reports the three-bedroom, 850-square foot cottage built in the 1950s went on the market earlier this year for $4.15 million. The listing included renderings showing how the home could be reshaped into an ultramodern residence.

A spokesman for Plumb’s broker, Deasy/Penner & Partners, tells Today.com the location of the home is the property’s “most notable feature.”