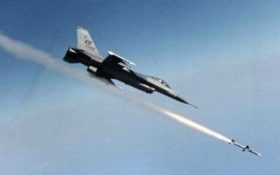 U.S. forces just caught scores of Islamic terrorists in the open — and they brought the pain.

As Iraqi ground forces were fighting ISIS militants in an area southwest of Fallujah, where there is known ISIS influence, the first convoy was spotted leaving the city, Col. Christopher Garver said.

The successful airstrikes were some of the most devastating since the U.S.-led coalition began operations in the country, and came just one day after the ISIS suicide bombings at Istanbul’s Airport that killed more than 40 people.

The U.S.-led coalition has been carrying out airstrikes against ISIS in Iraq and Syria since 2014 and 300 U.S. Special Forces are embedded with a Kurdish-led militia in northern Syria.