The most bizarre end to a softball championship ever? - The Horn News 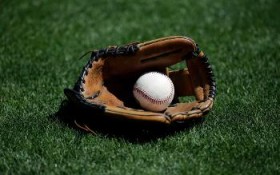 It ain’t over until a team is sure the umpire has signaled the final out.

A Dallas-area high school softball team lost a district championship game Friday night by celebrating too soon while three runs scored after an umpire called a runner safe when the team thought it had gotten the final out.

Video from the stands shows Wylie High School’s second baseman thinking she had a force play with the bases loaded on a throw from the shortstop and rushing to celebrate an apparent 6-4 win with teammates while tossing the ball toward the pitching circle. But the umpire had signaled safe.

The tying run had scored behind the lead runner for McKinney North about the time some Wylie players figured it out. A frantic throw home was wild, and the third runner sprinted to the plate, sliding in for the unusual 7-6 walk-off win.