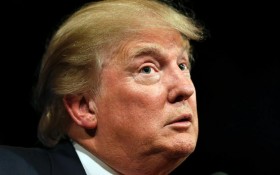 Three billionaires are planning to come out against presidential candidate Donald Trump’s campaign, according to reports from multiple sources. Big money GOP supporters Charles Schwab, Sheldon Adelson, and Paul Singer – all billionaires – are close to throwing their collective support, and money, behind one surprise candidate: Florida Senator Marco Rubio.

And the influx of cash could be a game changer for The Donald, as it could provide Rubio’s campaign with enough juice to contend with the current front-runner.

Rubio needs the money. The sitting senator is legally barred from raising money for a super PAC that backs him. As a result, his campaign and the super PAC collected less than a quarter of the $114 million that fellow rival Jeb Bush’s team raised in the first six months of the year.

Money raised for a presidential campaign is usually consumed by one thing above others: television advertising. And in TV dollars Bush’s distinct financial advantage is already starting to play out in the campaign.

Rubio and the super PAC helping him, Conservative Solutions, had previously put off expensive broadcast TV commercials until the week of Thanksgiving, according to tracking information updated through Friday.

The campaigns and outside groups can purchase ad space at any time, meaning those plans could change.