Is Big Gov fishing through your emails? Microsoft sues for privacy rights - The Horn News 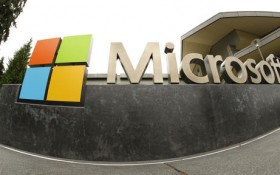 In the latest clash over privacy rights in the digital age, Microsoft is suing the U.S. government over a federal law that allows authorities to examine customer emails or online files without the individual’s knowledge.

The lawsuit comes as the tech industry is increasingly butting heads with U.S. officials over the right to view a wide range of information — including emails, photos and financial records — that customers are storing on smartphones and in so-called “cloud” computing centers.

Microsoft says the U.S. Justice Department is abusing a decades-old law, the Electronic Communications Privacy Act, to obtain court orders requiring it to turn over customer files stored on its servers, while prohibiting it from notifying the customer. The company says that violates its constitutional rights of free speech and customers’ protection against unreasonable searches.

A Justice Department spokesman said the government had no immediate comment on the lawsuit, which was filed Thursday in Seattle federal court.

Microsoft, which is based in Redmond, Washington, says authorities used the law to demand customer information more than 5,600 times in the last 18 months. In nearly half those cases, a court ordered the company to keep the demand secret.

“We appreciate that there are times when secrecy around a government warrant is needed,” Microsoft Corp. President Brad Smith said in prepared statement. “But based on the many secrecy orders we have received, we question whether these orders are grounded in specific facts that truly demand secrecy. To the contrary, it appears that the issuance of secrecy orders has become too routine.”

In an interview, Smith said the company decided to file its challenge to the law after a case where authorities threatened to hold Microsoft in contempt when it sought to contest a particular secrecy order.

“That caused us to step back and take a look at what was going on more broadly,” he said. “We were very disconcerted when we added up the large number of secrecy orders we’ve been receiving.”

The lawsuit comes as Apple has been waging a high-profile legal battle over the FBI’s attempt to compel that company’s help in obtaining data stored on iPhones.

“It’s part of the same trend,” said Alex Abdo, a staff attorney at the American Civil Liberties Union. He said tech companies “have gotten the message loud and clear from the American public, that privacy matters.”