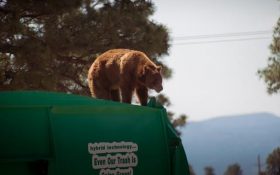 A New Mexico bear hitched a ride on top of a garbage truck, traveling at least 5 miles on the vehicle before it was able to make its escape up a tree.

Santa Fe National Forest spokeswoman Julie Anne Overton says the driver was picking up a dumpster last week when he heard a squeal then realized the bear was on top of the truck. It rode atop the vehicle to a site where the Forest Service keeps a firefighting helicopter.

Helicopter mechanic Evan Welsch, who snapped photos of the bear, said about 30 Forest Service and National Park workers had gathered around to see the spectacle when it was suggested that the driver back up near a tree to give the animal an escape route.

The bear clamored for the tree and stayed up there about an hour or two before scurrying down and running off. 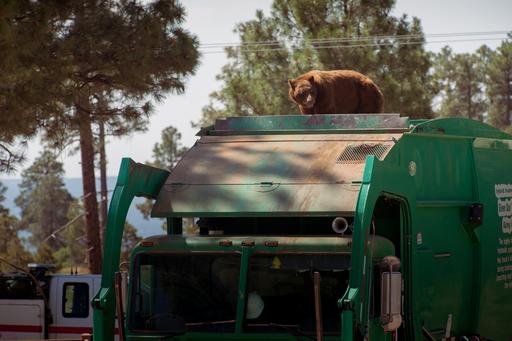 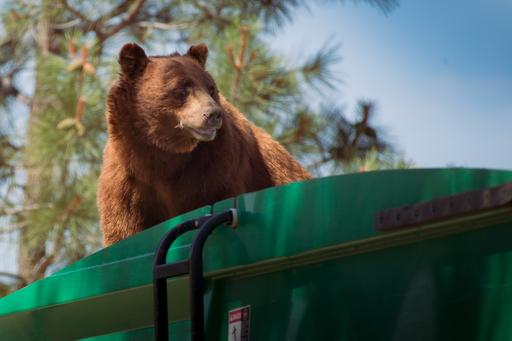 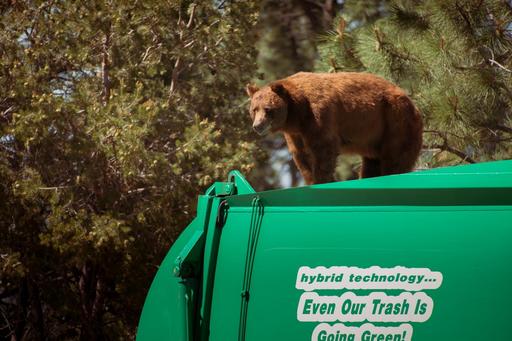