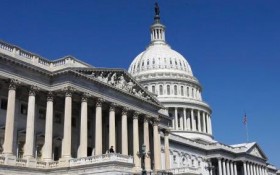 The last — and certain to be bloodiest — round in the battle over the Iran nuclear deal is about to start.

Lawmakers returning to Washington today from their summer recess are plunging immediately into bitter, partisan debate over the accord.  And Democrats may be angling to completely stop a vote on the deal from happening.

Republicans who control the House and Senate strongly oppose the pact, saying it makes dangerous concessions to Iran, particularly when it comes to inspecting potential nuclear sites. They hope to push through a resolution of disapproval this week.

If they succeed, President Barack Obama would veto the resolution, and Democrats have already lined up enough votes to uphold his veto.

The question as Congress reconvenes today from a five-week break is whether the disapproval resolution will get through the Senate — or whether Democrats will have the support to completely block a vote on the resolution by using a filibuster.

That’s not yet certain. Democrats are three votes shy of the 41 they would need to mount a filibuster. Five senators have yet to announce their position, including several who might end up opposing the Iran deal.

Leaders of the pro-Israel lobby have been pushing hard against the deal they say could empower Iran, and have succeeded in winning over three prominent Senate Democrats — Chuck Schumer of New York, Robert Menendez of New Jersey and Ben Cardin of Maryland, the top Democrat on the Senate Foreign Relations Committee.

Iran is currently assessed to be only 2 to 3 months away from being able to enrich enough uranium for a bomb, if it decides to do so.