Baby on board! Thief steals car with baby, drops tyke off miles away - The Horn News 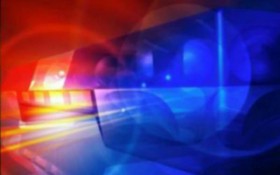 Police in Philadelphia say a thief stole a minivan that had been left running in front of a store with a 4-month-old baby inside but later dropped off the child outside a home about 8 miles away.

Sgt. Eric Gripp says the white minivan was stolen just before 8 a.m. Monday while the father was inside the west Philadelphia store. The child was found about a half-hour later after being left on the steps of the home.

A police spokeswoman says the thief apparently found a phone number inside the vehicle and sent a text message telling the father where to find the child. The baby appeared uninjured but was taken to a hospital as a precaution.

Police are hoping that surveillance video will help them find the offender.