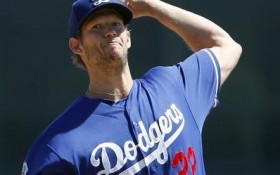 Baseball’s average salary rose 4.4 percent to $4.38 million on opening day, according to a study of contract terms by The Associated Press, and the Los Angeles Dodgers topped spending for the third straight season.

The Chicago Cubs boosted payroll by $51 million, adding Jason Heyward, John Lackey and Ben Zobrist in an effort to win their first title since 1908.

After beating the Cubs in the NL Championship Series and losing to Kansas City in the World Series, the New York Mets hiked spending by nearly $38 million.

Houston, coming off its first playoff appearance in a decade, raised payroll by almost $26 million after starting last season with the lowest in the major leagues, and St. Louis also rose by nearly the same amount.

Among rebuilding teams, Philadelphia cut spending by $43 million, Milwaukee by $40 million and Cincinnati by nearly $27 million. At $62.6 million, the Brewers are last in the major leagues for the first time since 2004, the last season before Mark Attanasio bought the club.

Dodgers pitcher Clayton Kershaw, at $33 million, is the highest-paid player for the second straight year. Former teammate Zack Greinke, who left to sign with Arizona, is second at $31.8 million, followed by Boston pitcher David Price at $30 million.

The average for the 864 players on opening-day rosters, the disabled list and the restricted list was $4,381,980, and the percentage increase was the lowest since a 4.1 rise in 2012.

But if Atlanta had not released Nick Swisher and Michael Bourn in the last week and if Tampa Bay had kept James Loney, the average would have been up 5.4 percent to nearly $4.43 million.

Among the major North American leagues, the NBA has the highest average salary at $6 million this season, according to its players’ union, a figure boosted by the league’s maximum roster of 13 active players per team.

The total of players making $1 million or more dropped from 508 to 492, a sign some veteran bench players may have been replaced by lower-priced prospects.

Average and median salaries decline over the course of the season as veterans are released and replaced by younger players making closer to the minimum, but this year’s final average is set to top $4 million for the first time. The players’ association calculated last season’s final average at $3.95 million, about $110,000 more than Major League Baseball’s figure.

The AP’s figures include salaries and prorated shares of signing bonuses and other guaranteed. For some players, parts of deferred money are discounted to reflect current values.

Payroll figures factor in adjustments for cash transactions in trades, signing bonuses that are the responsibility of the club agreeing to the contract, option buyouts and termination pay for released players.