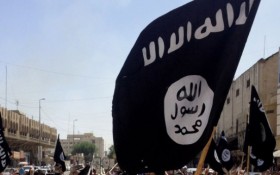 Continued suspicious activity in Missouri has authorities and citizens increasingly worried that a terror attack involving explosive devices may be in the works.

As The Horn first reported Friday, the FBI is investigating after a group of Muslim men bought as many as 150 disposable (or so-called “burner”) phones at Walmarts across the state. Aside from frequently being used in criminal conspiracies, these phones can be used to detonate improvised explosive devices.

Now, local media is reporting that large quantities of explosive propane tanks have gone missing at multiple locations across the state recently. And some are questioning the October discovery of a strange cache of explosives in Mark Twain National Forest, despite reassurances from local law enforcement that they’re not related.

The explosives, discovered  by a hunter making his way to a nearby campsite, left two large craters when they were detonated by authorities.

The incidents in Missouri, unfortunately, aren’t isolated. The FBI recently announced that they arrested and charged a Maryland man they say was trying to act as an ISIS operative.

Mohamed Elshinawy, 30, of Edgewood, Maryland, was arrested Friday after a months-long investigation. An FBI affidavit says Elshinawy received $9,000 he believed was provided by ISIS in order to conduct an attack on U.S. soil.

Elshinawy used the ill-gotten money to buy burner cell phones, among other things.