Al Qaeda calls for assassination of US celebrities - The Horn News 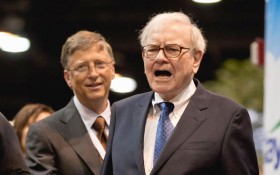 An online magazine run by al Qaeda is encouraging its followers to assassinate major US industry leaders, including Michael Bloomberg, Warren Buffet, the Koch Brothers, and Bill Gates according to a report by NBC and other media outlets.

The notorious al Qaeda internet rag, called Inspire, stated its goal was to destroy the American economy. The article begins with a photo illustration showing several American business leaders in a blood-stained photo next to a gun.  It went on to say that these “wealth entrepreneurs” can only get off the list by taking their money from the US stock market and banks, and by denouncing Israel.

A senior U.S. intelligence official told NBC News that the article is an example of al Qaeda’s newfound focus on lone-wolf attacks, taking a page from from ISIS’ strategy book.

The NBC article can be found here