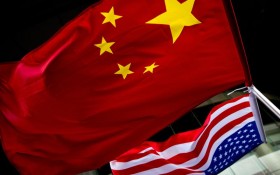 The cyber attacks from the Chinese intelligence agencies keep coming, and the latest was worse than was first reported.

If you’ve ever applied for a United States government security clearance, it could meant the Chinese have stolen your information.

According to the Associated Press, the number of people whose fingerprint images were stolen in one of the worst government data breaches is now believed to be 5.6 million, not 1.1 million as first thought, the Office of Personnel Management (OPM) announced Wednesday.

The agency was the victim of what the U.S. believes was another Chinese espionage operation targeting current and former federal employees or job applicants. The theft could give Chinese intelligence a huge leg up in recruiting informants and double-agents inside the U.S. government, experts believe.

It also could help the Chinese identify U.S. spies abroad, according to American officials.

OPM says the ability of an adversary to misuse this fingerprint data could also improve “over time as technology evolves.”

For American intelligence agencies, the notion that the Chinese have fingerprints on millions of federal security clearance holders, some of whom may be intelligence officers overseas, is troubling. Any intelligence officer whose prints have been taken would face great risk in operating under an alias because those prints would give away someone’s true identity.

OPM spokesman Samuel Schumach said in the statement that the agency identified the “additional fingerprint data not previously analyzed” while working with the Department of Defense. Mike Rogers, the director of the Pentagon’s National Security Agency, has said his agency was brought in to help.

Republicans accused the administration of putting out the update at a time when Washington was preoccupied with the pope’s visit.

“Today’s blatant news dump is the clearest sign yet that the administration still acts like the OPM hack is a PR crisis instead of a national security threat,” said Republican Sen. Ben Sasse of Nebraska, a member of the Senate Homeland Security and Governmental Affairs Committee.

The OPM hack exposed the state of federal cybersecurity and cost the agency director her job. Intelligence officials say the full extent of damage will play out over years and may never be visible to the public.