The tweet Clinton doesn't want you to see - The Horn News 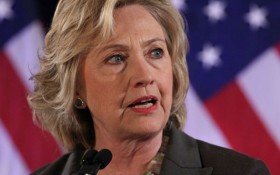 @HillaryClinton "I am you know, adamantly against illegal immigrants" –#DropOutHillary pic.twitter.com/l6KwQFHfn8