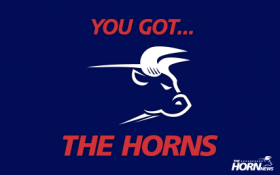 Stocks will tumble. Fortunes will be lost.

If you believe what a leading financial publication reported recently, that’s exactly what could happen (at least in the short-term) under a Donald Trump presidency.

But I don’t buy it for a second – and neither should you.

I’ve been following and writing about the financial markets for most of my adult life. And one of the publications I follow closely is Wealthy Retirement.

Marc Lichtenfeld, the Chief Income Strategist, is a brilliant investor who’s given lots of solid advice over the years. And he’s not afraid to ruffle some feathers.

But his recent piece, “What a Trump Victory Will Do to Your Portfolio,” (you can weigh in on it here) was so dangerously off the mark that I had to set the record straight.

In fact, I’m making Lichtenfeld the first recipient of our new “Getting the Horns” feature, where we take on people who are dead wrong about this country and the direction it’s heading in.

You see, part of Lichtenfeld’s argument is actually right. He points out that the markets don’t respond well to uncertainty.

But when he claims that “Donald Trump would likely be the most unpredictable president in U.S. history,” and that could be short-term trouble for stocks, he loses me fast.

What Donald Trump would be is the most business-savvy president we’ve ever elected. He has a plan to cut the national deficit, make our trading partners play fairly, and revitalize American manufacturing.

That all sounds like exactly what our economy needs.

And what the market really can’t handle is a steady stream of bad news – like the kind we’d get under a Hillary Clinton presidency.

President Obama is going to leave our nation $20 trillion in debt when he finally leaves office. And by the time she’s done handing out free college tuition, granting amnesty to millions of illegal immigrants, and spending billions on the rest of her campaign promises, Clinton is only going to make it worse.

Hillary Clinton will have more American companies scrambling to relocate overseas – and her free-wheeling spending could send interest rates soaring and stocks falling.

Whatever uncertainty we get with a Trump presidency, there are plenty of certainties that come with Clinton – and none of them are good for your nest egg.

If you ask me, Trump’s private industry experience won’t just be good for the economy – it’ll be like steroids for the stock market.

And that goes for the short-, intermediate- and long-term.

But don’t just take my word for it. Wealthy Retirement is conducting a poll where you get to weigh in and decide which presidential candidate is best for the markets.

You can cast your vote (I already have) right here.

In the meantime, Marc Lichtenfeld and Wealthy Retirement, you get “The Horns.”

Stephen Dietrich is the Managing Editor of The Horn News with several years of experience in applied economics and financial news.