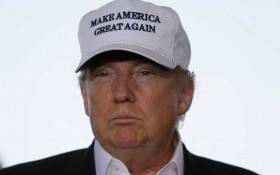 Someone put Republican frontrunner Donald Trump into the HBO show Game of Thrones, and the results are too hilarious to keep to ourselves.

Check out the video everyone is talking about —