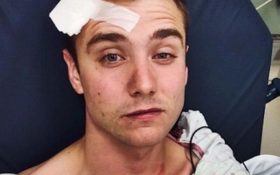 A gay YouTube personality has pleaded guilty to felony vandalism in an incident in which he claimed he was the victim of a hate crime.

McSwiggan was charged with vandalizing a car belonging to a man who he had an altercation with outside a West Hollywood gay club in late June, then falsely claiming he was beaten by the man and his friends.

The 26-year-old claimed in an Instagram post that the men broke his teeth. Authorities said McSwiggan was seen hitting himself with a jail payphone.

A phone message left for McSwiggan’s attorney was not immediately returned Tuesday.