YOU'RE FIRED! Radio host canned for THESE comments about 17-year-old Olympian - The Horn News 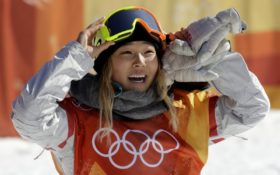 A San Francisco Bay Area radio station has fired one of its hosts for sexual comments he made about 17-year-old Olympic snowboarder Chloe Kim on another station.

Program director Jeremiah Crowe of KNBR-AM said in a statement Wednesday that host Patrick Connor has been fired.

On Tuesday, on the Barstool Sports network on SiriusXM, Connor called Kim “fine as hell” along with more vulgar sexual comments, then said “the countdown is on” until Kim’s 18th birthday.

Barstool Sports founder Dave Portnoy, without referring directly to Connor, said on Twitter that his network sometimes misses the mark with humor, but “crybabies” will not dictate its actions.