You're FIRED! Huge shakeup at NBC News!? - The Horn News 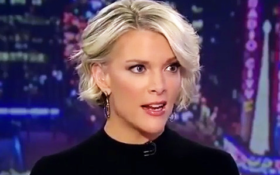 The fallout from Megyn Kelly’s controversial move to NBC’s “Today” show is still making waves at the top of NBC — and insiders say a major shakeup may be coming to the very top of the media giant.

According to The New York Post, longtime NBC News Chairman Andy Lack is under attack for his mishandling of Kelly, former NBC star Matt Lauer, and the Brian Williams fiasco.

“Comcast chiefs have been seeking a replacement for Lack, 71, who is on the ropes after the downfall of his once close-friend Matt Lauer, the Brian Williams wreckage and allegations against legendary anchor Tom Brokaw,” The Post reported Monday. “Plus, there’s Kelly’s $20 million-a-year deal personally made by Lack for the ex-Fox News star to host the soft third hour of ‘Today.'”

In recent months, Kelly’s ratings have climbed five percent from their all-time low — but she is still down in key advertising demographics.

Kelly is drawing 30 percent less in the ratings compared to Tamron Hall and Al Roker, who she replaced in 2017. Additionally, she’s continuing to lose badly to NBC’s rival program, “Good Morning America.”

Officially, an NBC spokesman dismissed the rumors that Lack is under siege and said such suggestions were “absurd.”

Experts say there’s growing pressure, though, because of research being compiled that will expose recent NBC News scandals.

Executives at the company are reportedly “panicked” and are trying to get ahead of the reported bombshell article.

“Comcast execs are tired of the scandals and talent troubles at NBC News. They want to establish a new tone at the division, and start to win back its former prestige. A media outlet is working on an exposé of Lack’s management in the #MeToo era, but it is not yet clear what damage that could cause,” an insider told The Post.

“Megyn’s deal is also a big problem, because her contract states she can’t be assigned to hard news against her will, so a move to a new slot would be difficult.”