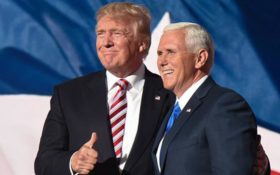 Despite the all-out mainstream media blitz against President Donald Trump, it’s hard to cover up the truth — America is finally getting back to work.

The news shocked economic experts, who had expected only 190,000 jobs to be added last month.

Job gains were broad-based and suggest that increased business optimism may have led to more hiring. January and February’s job gains are above last year’s average of about 185,000 per month.

“February proved to be an incredibly strong month for employment with increases we have not seen in years,” said Ahu Yildirmaz, vice president and co-head of the ADP Research Institute.

Measures of business confidence have jumped since the presidential election and the stock market has reached record highs in anticipation of Trump’s promised tax cuts and his “drain the swamp” deregulation. The Dow Jones Industrial Average broke a historic 21,000 mark recently, and the S&P 500 just posted it’s 100th consecutive day without a decline of one percent or more — the longest streak in 22 years.

“It’s interesting that with all the supposed turmoil and chaos supposedly taking place in Washington with the new administration, the market has been extraordinarily calm,” Paul Hickey of Bespoke Investment Group told CNBC. “Perhaps the narrative of chaos in Washington is an exaggeration.”

Other signs point toward a healthy job market, Wieseman noted in an email. The number of people seeking unemployment benefits, a proxy for layoffs, has fallen to a 44-year low. And surveys of manufacturing and services firms in the past two months show greater interest in hiring.