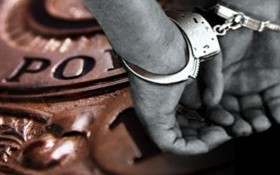 The world’s worst criminal was charged with burglary after police say he returned to a Twin Falls, Idaho, home for his forgotten car keys and cellphone.

The Times-News reports (http://bit.ly/1W0jIri) a woman called police when she found her home ransacked on Saturday, with a stranger’s cellphone on the bed and a strange car parked behind the property.

Police were at the scene when 22-year-old Caleb Shay Funke was dropped off near the vehicle. Officers say Funke told them he loaned the car to a friend and the keys got locked inside.

Keys found inside the burglarized house unlocked and started the vehicle.

Court documents say Funke acknowledged during an interview with police to being involved in at least two other burglaries Saturday.