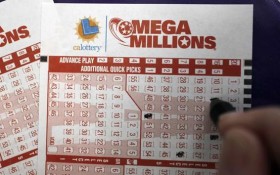 Few people are lucky enough to win $1 million in the lottery. But one Massachusetts woman has now done it twice.

Constance Carpenito, of Stoneham, recently won a $1 million prize on a scratch ticket in the $10,000,000 Diamond Millionaire instant game.

A spokesman for the Massachusetts Lottery says Carpenito also won $1 million on a scratch ticket back in 1996.

Both tickets were purchased at the same Stop & Shop supermarket on Main Street in her hometown. If that isn’t enough, she also once bought a $20,000 winning ticket at the store.

Carpenito says she plays $20 in lottery tickets every week. She plans to put her most recent winnings toward a very special Christmas for her family.