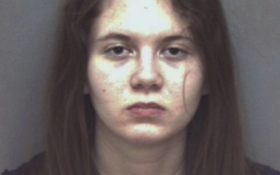 A former Virginia Tech student pleaded guilty Tuesday to concealing the body of a slain 13-year-old girl, but still faces trial on a more serious charge of being an accessory to the teen’s killing.

Natalie Keepers is scheduled to go on trial in September, accused of being an accessory before the fact in the killing of Nicole Lovell, a Blacksburg middle school student.

Keepers, of Laurel, Maryland, and David Eisenhauer, of Columbia, Maryland, were freshmen engineering students at Virginia Tech when Lovell was fatally stabbed in 2016.

Eisenhauer is serving a 50-year sentence after pleading no contest to charges of first-degree murder, abduction and concealing a body.

Prosecutors say Eisenhauer met Lovell online and communicated with her for months before meeting her at least once in person. They say he subsequently killed her because he feared she would expose their relationship. Lovell’s body was found just over the state line in North Carolina. A medical examiner had testified that she had 14 stab wounds, including a lethal wound to her neck.

Attorneys for Keepers argued Tuesday that prosecutors should be barred from presenting evidence of the concealment of Lovell’s body when considering the accessory charge, which alleges that Keepers helped plan the killing. They said the two issues are “separate and distinct.”

The judge said he would wait until the trial to decide about certain evidence that the defense wants to exclude.