Will this $2 BILLION scandal sink Christie? - The Horn News 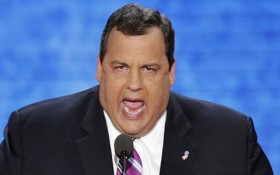 Documents just obtained by the Associated Press shed new light on the case of officials for the Port Authority of New York and New Jersey who are being investigated for allegedly diverting $1.8 billion to state highway repairs under Christie’s orders..

The Manhattan district attorney and the Securities and Exchange Commission have both been examining whether the Port Authority misled bondholders when it used the money on state-owned roads, including the Pulaski Skyway, an elevated road connecting two New Jersey cities, Newark and Jersey City.

Facing an empty highway fund, New Jersey Gov. Christie canceled a planned new rail tunnel beneath the Hudson River and in 2011 announced plans that the authority would spend $1.8 billion from that project to rehabilitate the Skyway and a nearby bridge and road.

The move, insisted Christie’s officials, was legal because the Skyway was an access road to the Lincoln Tunnel, a circuitous eight miles away, despite one of the authority’s own lawyers warned that the explanation “may raise questions in the minds of some.”

The documents obtained by the AP in response to a public records request show that nine outside law firms hired to represent the Port Authority and its employees in the Pulaski Skyway inquiries billed for more than 1,100 hours of work in June, July and August alone at a cost of more than $650,000.

The Port Authority has been disclosing billing invoices in the investigation for months but ordinarily blacks out detailed information on the work the lawyers are doing. In the recent AP request, one page was left unredacted.

That invoice, submitted Sept. 11, revealed that a lawyer for the Port Authority’s general counsel has been researching the district attorney’s past use of grand jury reports to resolve criminal investigations.

That’s a tactic that prosecutors use in rare circumstances when they want to publicly identify systemic problems in agencies or institutions… but do not bring criminal charges.

Separately, the U.S. Attorney in New Jersey has sent subpoenas to the Port Authority regarding investigations into a host of other issues, including United Airlines’ decision to start a money-losing flight from Newark to a small city in South Carolina near where the Port Authority’s then-chairman had a vacation home. The airline began flying at a time when United was lobbying the Port Authority for a new hanger and lower fees at Newark’s airport.

The investigations began after Port Authority officials and an aide to the Republican Christie were accused of creating a traffic jam around the George Washington Bridge to punish a local Democratic mayor for not endorsing the governor for re-election. One official has already plead guilty, and two others are currently awaiting trial.