WHAT!? You will not believe what was donated to Goodwill - The Horn News 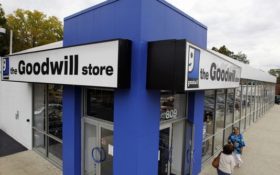 Authorities say someone left a hand grenade inside a box of donations that was dropped off by a woman at a Goodwill store in Southern California.

The Los Angeles Times reports an unidentified woman dropped off the box Wednesday at the store in the city of Placentia near Los Angeles.

The Placentia Police Department says store workers discovered the grenade as they sifted through donations.

Officers evacuated neighboring businesses and a bomb squad was sent to safely retrieve the grenade.