Whoa mama! Half of pregnant moms overdoing it - The Horn News 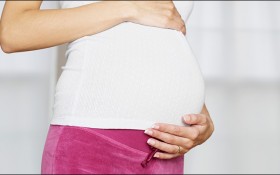 Nearly half of U.S. moms gain too much weight during pregnancy, according to a government study released last week.

Putting on too many extra pounds during pregnancy can harm the mom, and may cause a range of problems for the child, experts say.

The study found only about a third of women gain the recommended amount of weight, and about a fifth gained too little.

Overweight and obese women most commonly exceeded the guidelines.

How much moms should gain depends on their weight when they become pregnant.

Experts say women of normal weight should add 25 to 35 pounds. Overweight women should gain 15 to 25, and obese women should only add 10 to 20. For unusually thin women, weight gain should be about 30 to 40 pounds.

The study involved more than 3 million U.S. pregnant women during 2012 and 2013. In most of the 46 states included, birth certificates now also record pre-pregnancy weights.