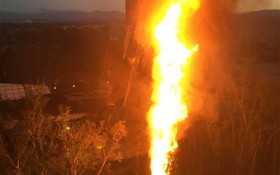 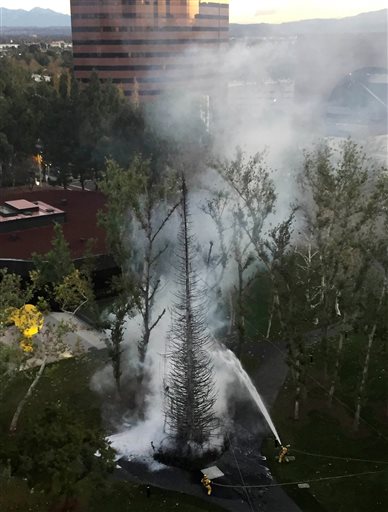 Fire tore through a 96-foot-tall Christmas tree outside a Southern California hotel, sending a bright chute of flames and then smoke into the air.

The tree outside the Westin South Coast Plaza hotel in Costa Mesa was destroyed early Monday. Photos showed just its burned-out shell still standing at the hotel near a popular shopping center.

Fire Capt. Chris Coates says the fire was extinguished shortly before 7 a.m. and that there were no injuries reported. The cause is under investigation.