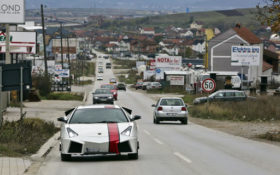 Sports car enthusiast Driton Selmani always wanted some hot wheels but couldn’t afford them. What he did have, however, was a workshop and a talent for bending and welding metal. So he set out to build himself a “Lamborghini.”

Selmani, from the eastern Kosovo town of Gjilan, used a secondhand Mitsubishi Eclipse, the engine of 3.0-liter Mitsubishi Galant and other car parts to make his dream come true.

It took him over a year but the result is a white replica of a Lamborghini Reventon with a black and red stripe symbolizing the colors of the Albanian national flag.

Selmani said the car has been well accepted by friends and family and it turns heads when he takes it out for a spin. 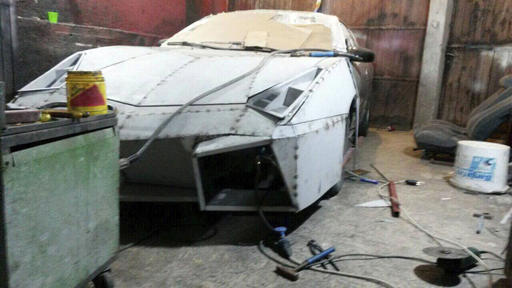 This photo taken in Nov. 2015 by Kosovo car enthusiast Driton Selmani shows his Mitsubishi Eclipse as he converts it into a replica of a Lamborghini Reventon in the town of Gjilan, Kosovo. Selmani always wanted some hot wheels but could not afford them. What he had, however, was a workshop and talent for bending and welding metal, so he built himself a Lamborghini. (Driton Selmani via AP) 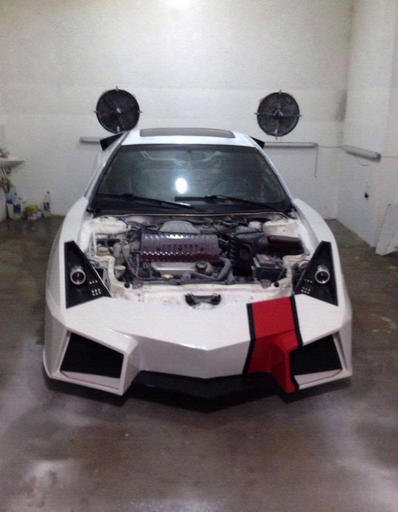 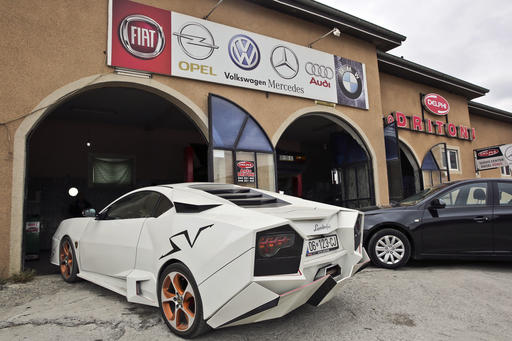 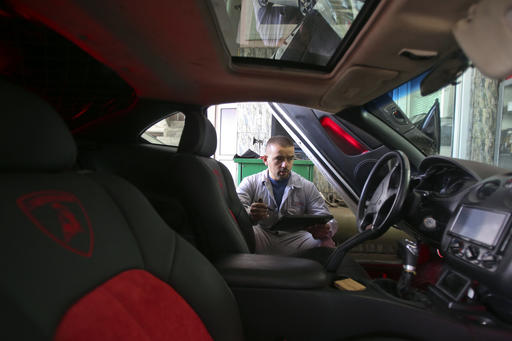 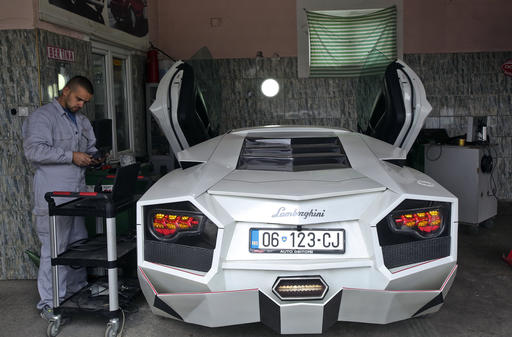