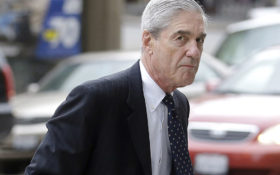 What he said is disturbing — and it all links back to the probe of special counsel Robert Mueller.

Lovinger told investigative journalist Sara A. Carter the investigation into Trump’s presidential campaign, named Operation Crossfire Hurricane, was “all a set-up” by a paid FBI informant with deep ties to top Russian intelligence agents. That investigation later was used as justification for Mueller’s current probe, which Trump has often dismissed as a partisan “witch hunt.”

Lovinger also noticed Halper’s deep political ties to both Russia and the Clinton family and brought the information to his superiors. He claims that decision cost him everything.

In retaliation for questioning the Russian-Trump narrative, Lovinger says he was stripped of his security clearance and pushed out of all meaningful investigations. Bigley suspects that it was Hillary Clinton’s deep influence at the Department of Justice that got Lovinger was punished.

“When Mr. Lovinger raised concerns about DoD’s misuse of Stefan Halper in 2016, he did so without any political designs or knowledge of Mr. Halper’s spying activities,” Bigley said, as reported by Carter. “Instead, Mr. Lovinger simply did what all Americans should expect of our civil servants: he reported violations of law and a gross waste of public funds to his superiors.”

Government whistleblowers often face retaliation from their superiors, Bigley said, but the blowback on Lovinger was overwhelming.

“[W]e were puzzled by the unprecedented ferocity of efforts to discredit Mr. Lovinger, including leaks from DoD of false and defamatory information to the press. Our assumption was that the other contractor about whom Mr. Lovinger explicitly raised concerns – a close confidante of Hillary Clinton – was the reason for the sustained assault on Mr. Lovinger, and that certainly may have played a role,” Bigley told Carter.

“Mr. Lovinger unwittingly shined a spotlight on the deep state’s secret weapon — Stefan Halper — and threatened to expose the truth about the Trump-Russia collusion narrative than being plotted: that it was all a set-up,” he said.

Lovinger had his security clearance revoked in May 2017. He was officially suspended, without pay, in March 2018. Bigley says the government has “refused to turn over a single page of its purported evidence of Lovinger’s wrongdoing.”

Conservative watchdog group Judicial Watch has filed a lawsuit on behalf of Lovinger.

Their goal, according to Judicial Watch President Tom Fitton, is to uncover the files on Lovinger that are being withheld — including internal memos from his superiors that may indicate he was targeted for political reasons.

“Mr. Lovinger was targeted because he blew the whistle on Stefan Halper and a Clinton crony getting suspicious Defense contracts,” said Fitton. “It is disturbing that the Defense Department may now be implicated in Spygate targeting of President Trump.”