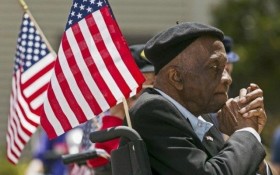 Far from the battlefields of Syria and Iraq, there’s a growing army of Americans that our government doesn’t want to talk about.

Soldiers and veterans who have been confined to wheelchairs, can’t talk, and even struggle to feed themselves.

Many have already died.

These men and women weren’t combat victims. There’s growing evidence that they were used as human lab rats in one of the most secret and deadly experiments in our military’s history.

One that forced a poison into their bodies and left them with amyotrophic lateral sclerosis (ALS), one of the most debilitating neurological diseases on the planet.

The Feds are still trying to prevent the truth from coming out. But if you or someone you love served in the armed forces, it’s never been more important to get the care — and the answers — that you deserve.

Shoot first, ask questions later
David Masters was an Air Force technical sergeant who served in Kuwait during the first Gulf War. He had dreams of becoming a professional bodybuilder.

Now he spends his days in a wheelchair, and he’s lost the use of his arms.

David is one of thousands of veterans who have developed ALS, a neurological disease that slowly strips away all muscle control. There’s no cure and it’s always fatal.

Reports of ALS among veterans started trickling out after the Gulf War ended in 1991 — but now it’s a full-blown epidemic. You might have even seen the feature story CNN did on it recently.

Paralyzed Veterans of America says that since 2008 it’s represented more than 6,500 veterans who developed ALS — many of whom served in the Persian Gulf. And men and women who served in the military are twice as likely to get it as the rest of the population.

Veterans like David have gotten nothing but the runaround from the Department of Defense and the VA, which claim they don’t know what’s causing the problem.

But that’s looking more and more like a lie — and a slap in the face to all the brave men and women who defended our country. 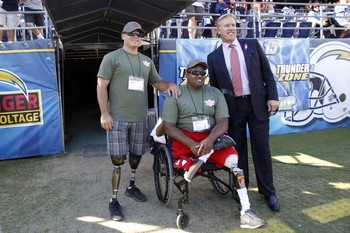 I’m sure you’ll remember that during the first Gulf War, tens of thousands of soldiers — maybe even you or someone you know — received a highly experimental anthrax vaccine. But what we (and our soldiers) were never told is that it contained a dangerous “adjuvant” called squalene.

Adjuvants like squalene jumpstart your immune system and make vaccines work faster. But squalene has been linked to serious neurological damage, and it’s the main culprit behind the fatigue, headache and other symptoms of Gulf War Syndrome (GWS) that our troops developed.

In fact, a study years ago from Tulane University scientists found that 95 percent of the veterans studied with GWS had antibodies to squalene in their systems. But deep in that report was a shocking finding that our government seems ready to bury.

Researchers discovered that many of the men and women with GWS were also exhibiting early symptoms of ALS! Two Navy officers even developed ALS and died shortly after getting their anthrax vaccines.

Our government has fought for years to keep from admitting that it used our soldiers as guinea pigs. But so many of them continue to come down with ALS that the Feds finally had to do something about it.

The VA is offering heath and service benefits to veterans who have developed ALS. But many still don’t know how to get the help they’re entitled to — or that their service caused their ALS.

If you or someone you love served in the armed forces and has ALS, here are two things you can do right now:

And even if you haven’t been affected, we all have a role to play. There are reports that the Defense Department has been experimenting with squalene for half a century, and we don’t know if those experiments are continuing on our troops today.

Write your members of Congress and demand that they get to the bottom of this.

Because last week we all stood together on Veterans Day and pledged to do everything we could to honor our soldiers and our vets. And now it’s time to make sure our actions match our words.

The Health Sciences Institute (HSI) is an independent organization dedicated to uncovering and researching the most urgent advances in modern underground medicine.

And you can get urgent health alerts like these delivered to your inbox every day. Just click here to claim your FREE subscription to the HSI e-Alert.