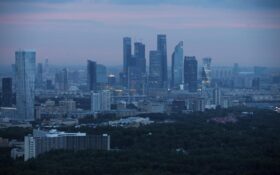 By one estimate, up to 70,000 computer specialists, spooked by a sudden frost in the business and political climate, have bolted the country since Russia invaded Ukraine five weeks ago. Many more are expected to follow.

For some countries, Russia’s loss is being seen as their potential gain and an opportunity to bring fresh expertise to their own high-tech industries.

Russian President Vladimir Putin has noticed the brain drain even in the throes of war. This week, he reacted to the exodus by approving legislation to eliminate income taxes between now and 2024 for individuals who work for information technology companies.

Many people in the vast new pool of high-tech exiles are in no rush to return home. An elite crowd furnished with European Union visas has relocated to Poland or the Baltic nations of Latvia and Lithuania.

A larger contingent has fallen back on countries where Russians do not need visas: Armenia, Georgia and the former Soviet republics in Central Asia. In normal times, millions of less-skilled laborers emigrate from those economically shaky countries to comparatively more prosperous Russia.