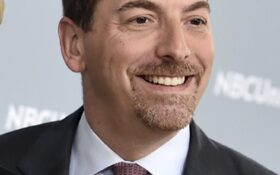 With a new Congress in session, the GOP is preparing for a slate of investigations into Hunter Biden’s finances, allegations of political bias in the FBI, and security breaches in President Joe Biden’s Delaware garage — where secret government files were reportedly stored.

Wisconsin Sen. Ron Johnson serves as the highest-ranking Republican on the Investigations Subcommittee, and he went on NBC News to discuss his work — and left NBC News star Chuck Todd scrambling.

Before long, Todd was frantically trying to change the subject.

Chuck Todd asked Sunday on Meet the Press, “Do you have a crime that you think Hunter Biden committed? Because I have yet to see anybody explain. It is not a crime to make money off your last name.”

Johnson said there may be a criminal prosecution of the president’s son.

“Chuck, is it a crime to be soliticing and purchasing prostitution in potentially European sex trafficking operations?… I don’t know exactly whether it was a crime. It sounds sleazy as you-know-what,” Johnson fired back.

“A lot of political wrongdoing does not necessarily result in a crime, but it’s still wrong. And the public needs to understand exactly what happened… Our investigation was accurate, but we were smeared [as purveyors of misinformation]. All that information was censored and suppressed, but the FBI and their actions impacted the election,”

Johnson also mentioned a new report “where they detail all kinds of potential crimes.”

“Let me stop you there. Senator, ‘potential’ is innuendo,” Todd said. “Senator, I’ll take you at your word that you’re ethically bothered by Hunter Biden. I’m curious, though. You seem to have a pattern… Senate Democrats want to investigate Jared Kushner’s loan from the Qatari government, when he was working in the government negotiating many things in the Middle East? Are you not concerned about that? It seems to me me, if you’re concerned about what Hunter Biden did, you should be equally outraged about what Jared Kushner did.”

Johnson concluded with a plainspoken case for holding our representatives’ feet to the fire, regardless of the ideological interests of the media or the FBI.

“Part of the problem, and this is pretty obvious to anybody watching this. You don’t invite me on to interview me. You invite me on to argue with me. I’m just trying to lay out the facts… Conservatives understand that. Unfortunately, Liberals in the media don’t. Part of the reason our politics are inflamed is we do not have an unbiased media. We don’t. It’s unfortunate. I’m all for a free press, but it needs to be more unbiased. There’s misinformation on both sides, but the censorship and suppression primarily are coming from the left. It’s unfortunate,” Johnson said.

“From my standpoint, I’d much rather have political figures held accountable with the truth being exposed of what they did, what the wrongdoing, as opposed to the criminal penalties. Oftentimes, it’s very difficult to get any kind of criminal charges or convictions, particularly if you’re a Democrat in Washington, D.C.”

An absolutely stunned Chuck Todd responded, “You can go back on your partisan cable cocoon and talk about media bias all you want. I understand it’s part of your identity.” Then, he changed the subject to Brazil.

Chuck Todd to Ron Johnson: "We're trying to deal with issues and facts. You can go back on your partisan cable cocoon and talk about media bias all you want. I understand it's part of your identity." 💀☠️💀☠️ pic.twitter.com/uPZXCoWDMe

“Because he assigned one to President Trump, it was really inevitable. I’m not a real fan of special counsels. I did join 32 of my colleagues in calling for one for Hunter Biden, because we had a whistleblower that said that Attorney Weiss doesn’t have the resources to do the type of investigation required,” Johnson said. “But in general, I’m not a fan of special counsels.”

Johnson called for more action from Congress and less action from the Justice Department.

“I think the way we handle these investigations of wrongdoing — I’ll call it that — in the political realm is we just do it completely backwards. I think Congress ought to be able to have access to all the information, do their oversight. I never held public hearings. We just did our investigations and issued a report. If there’s evidence of wrongdoing, then we should refer that to the Justice Department. Then the investigation should take place,” Johnson said. “What happens nowadays is that the investigation begins, Congress never gets access to the information, and as a result the American public never understands the truth of these situations. So again, we just do these investigations in the political realm with wrongdoing completely backward.”