War on cops is out of control - The Horn News 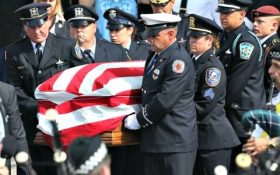 The attacks against the men and women that dedicate their lives to serve and protect this nation are officially out of control, and President Barack Obama still refuses to say Blue Lives Matter.

On Wednesday, deputy Jack Hopkins, 31, was responding to a disturbance call in Northern California and was tragically shot to death — marking the state’s fourth law enforcement officer to die in the line of duty in just two weeks.

Hopkins’ shooting death comes after two Palm Springs police officers were recently shot and killed during a domestic disturbance call and a Los Angeles County sheriff’s sergeant was gunned down in the high desert town of Lancaster while answering a burglary call.

In an attempted assassination on Monday, a man wearing body armor pointed an assault rifle at two police officers in a California Starbucks, upon which his weapon jammed and the cops were able to take him down.

But California isn’t the only state where brutal attacks on officers are occurring. This is a national epidemic that needs to be addressed.

Early Sunday, an 11-year veteran of the Fairbanks Police Department in Alaska, Sgt. Allen Brandt, was brutally attacked by Anthony George Jenkins. The 19-year-old Alaskan man opened fire on the officer, took his gun, stomped on his head and taunted him as the officer stood and tried get away from this madman. Luckily, he was successful and is recovering in a local hospital. 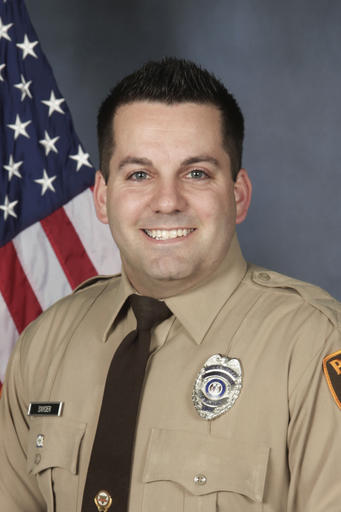 Last week, two Boston officers were shot and wounded while responding to a report of a person with a gun, said police. Richard Cintolo, a 27-year veteran and father of three, and Matt Morris, a 12-year veteran, who in 2006 won the Hanna Medal of Honor, the state’s highest award for police bravery, were initially in critical condition and thankfully are now recovering.

This fight against law and order has spiraled so out of control, ever those that support police officers are being targeted.

In Alabama on October 12th, four black men were arrested for brutally attacking a white teenager for saying, “Blue Lives Matter” in front of them. 17-year old Brian Ogle was beaten so badly, he had to be hospitalized for serious head injuries.

While Obama is never shy to speak out against the fatal shootings by police officers, he is eerily silent during the targeted killings of cops and those who support them.

No one should ever be punished for protecting our nation or supporting those who do. While this seems like it should be common sense to any proud American, our own President is completely ignoring the issue, and subsequently devaluing the lives of true American heroes everyday.

Is it time for Obama to say, “Blue lives matter”? Comment below.