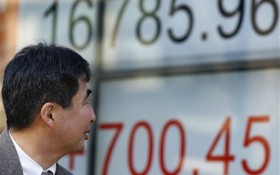 UPBEAT US: Stocks on Wall Street roared to their best day in more than a month overnight on positive data, including construction spending reaching its highest level in eight years in January. Separately, a survey showed some signs of life in the beaten-down U.S. manufacturing sector.

ANALYST VIEWPOINT: “We have seen an immense risk-on rally over the past 24 hours of trade, and a lot of this does look to be underpinned by the stability that oil has found above the US$30 level over the past two weeks,” Angus Nicholson of IG said in a commentary.