RANKED: Which states handled the pandemic the best? - The Horn News 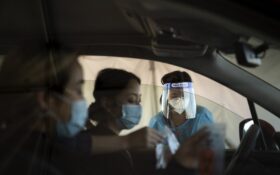 A new report spells out which states have weathered the coronavirus pandemic best – and the answers might come as a surprise for many people.

But it probably won’t come as a shock to the residents of those states.

Then, the news organization gave each state a weighted average.

High scores for both economics and education helped put the Cornhusker State over the top… followed by Maryland, Utah, Idaho, Minnesota, South Dakota, Washington, Vermont, Kansas, and Montana to round out the top 10.

All of them reached those positions in different ways.

“No state did well in every policy area,” Politico points out, noting that the states that handled the economy best often did so by sacrificing health… while states that did better in health often suffered economically.

“[T]he states with better health outcomes tend to be run by Democratic or moderate Republican governors who imposed health restrictions and reopened slowly,” Politico said. “Fourteen of the top 15 states in health voted for President Joe Biden, with the exception of Alaska.”

The top of the list for health, however, was a solidly bipartisan effort: Vermont had a 98 out of 100 for the category. It’s a “blue” state… but it has a GOP governor.

But on the economy side, the picture was almost completely reversed.

“Again, a state’s political orientation appears to have played a role; eight of the top 10 states in the economic category voted for Trump and were led by Republican governors,” Politico noted. “All 10 of the bottom states on the economy voted for Biden and nearly all have Democratic governors.”

Those last two states have something else in common: Both are heavily dependent on tourist money.

That source of cash dried up when the pandemic hit and people stopped traveling. Hawaii also imposed restrictions on entry in an attempt to keep the virus off the islands, although the state ultimately battled a surge of infections over the summer.

Politico also spotted another pattern that extended beyond red-versus-blue.

“Overall, rural states tended to fare better than more urbanized states on economic and educational outcomes,” Politico pointed out. “Many rural states, despite being less densely populated, ranked poorly in health outcomes, however.”

The scorecard also rated social wellbeing, which was measured via food insecurity, economic hardship and violent crime rates. Eight of the top 10 states were “blue,” or voted for Biden in 2020, and eight of the bottom 10 were “red.”

And for education – rated by examining data from private testing companies – the tables were flipped yet again: Nine of the top 10 were “red,” while six of the bottom 10 were “blue,” and it’s likely due to the extensive and often harmful school closures in Democratic-run states.

“The main takeaway from this data backs up the consensus view in the education community that schools who had more days of in-person school have seen less learning loss in their students,” Politico noted.

But beyond red-blue divides, the scorecard highlights the difficulty faced by policymakers, as choosing to prioritize one element clearly caused problems in another.

One state, however, managed to avoid being at or near the bottom in every category: Minnesota.

It did no worse than a score of 48 out of 100 in any category, and was in the top 10 in health, top 15 in education, and finished at number five overall.