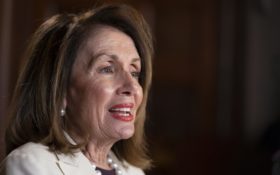 The hearing was called to put political pressure on Trump. But instead, leading Democratic lawmakers were stunned into silence by a wounded veteran.

The House Foreign Affairs Committee hearing on the death of Soleimani was led by Rep. Eliot Engel, D-N.Y., who demanded to know why Trump carried out the strike.

“So what was the justification for the strike which killed General Soleimani?” Engel asked. “Surely neither of the existing war authorizations—the post-9/11 authorization or the 2002 Iraq war authorization—could possibly be contorted into an explanation for attacking Iran in Yemen.”

Engel emphasized that he wasn’t sorry to see Soleimani dead, but wanted to know why Trump acted without Democrats’ permission.

What no one expected the epic response by Rep. Brian Mast, R-F.L.

Mast is a former Army Ranger that lost both his legs in Afghanistan in an Islamic terror attack — and what he said stunned Democrats into silence.

“This is something I have specifically experienced with. Yes, it is a choice to take it out, all day long. It is not really a choice when you consider that you leave that there and walk around it and ignore it that somebody is going to come across that nest eventually and they’re going to get shot at.

You want to ask, is it wise? I think it is probably always defies conventional wisdom to attack a machine gun nest. It does not mean it does not have to be done. You want to ask is it imminent? Just because this machine gun nest may take a moment to reload, that does not mean it is not an imminent threat. It just got done firing rounds over at our embassy. Over the last number of years they’ve been working to attack our servicemembers time and time again. Just because it was taking a breather to reload, that doesn’t mean it wasn’t an imminent threat because it wasn’t literally pushing the button on something.”

That led to this powerful moment —