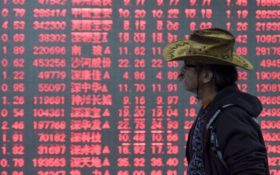 The Institute for Supply Management said Thursday that its services index rose to 59.1 last month, compared to 58.6 in May. Any reading above 50 signals growth.

The services sector, where most Americans are employed, has now expanded for 101 consecutive months, or more than eight years.

The June gain was stronger than expected. Many economists believed that the index reading might slip slightly.

The solid gain in the services sector followed an unexpectedly strong reading for the ISM’s manufacturing index, which came in at 60.2 for June.

Analysts said the two strong readings for the ISM indexes support their belief that the overall economy, as measured by the gross domestic product, would rebound strongly in the April-June quarter from a weak first quarter, when GDP grew at a lackluster annual rate of 2 percent.

“All indications are pointing to strong growth in the second quarter,” said Anthony Nieves, the chair of the ISM services panel. “As long as the economy does not overheat this should be sustainable.”

Michael Pearce, senior U.S. economist at Capital Economics, said that while there were anecdotal reports from business contacts that rising trade tensions stemming from the Trump administration’s get-tough policies were having an impact, higher tariffs had yet to show up in the overall numbers. He said the strong ISM readings were pointing to GDP growth above 5 percent in the second quarter.

The ISM services report showed that 17 non-manufacturing industries reported growth in June including mining, construction, wholesale and retail trade and educational services. The only industry reporting a decrease in June was the category that covers agriculture, forestry, fishing and hunting.